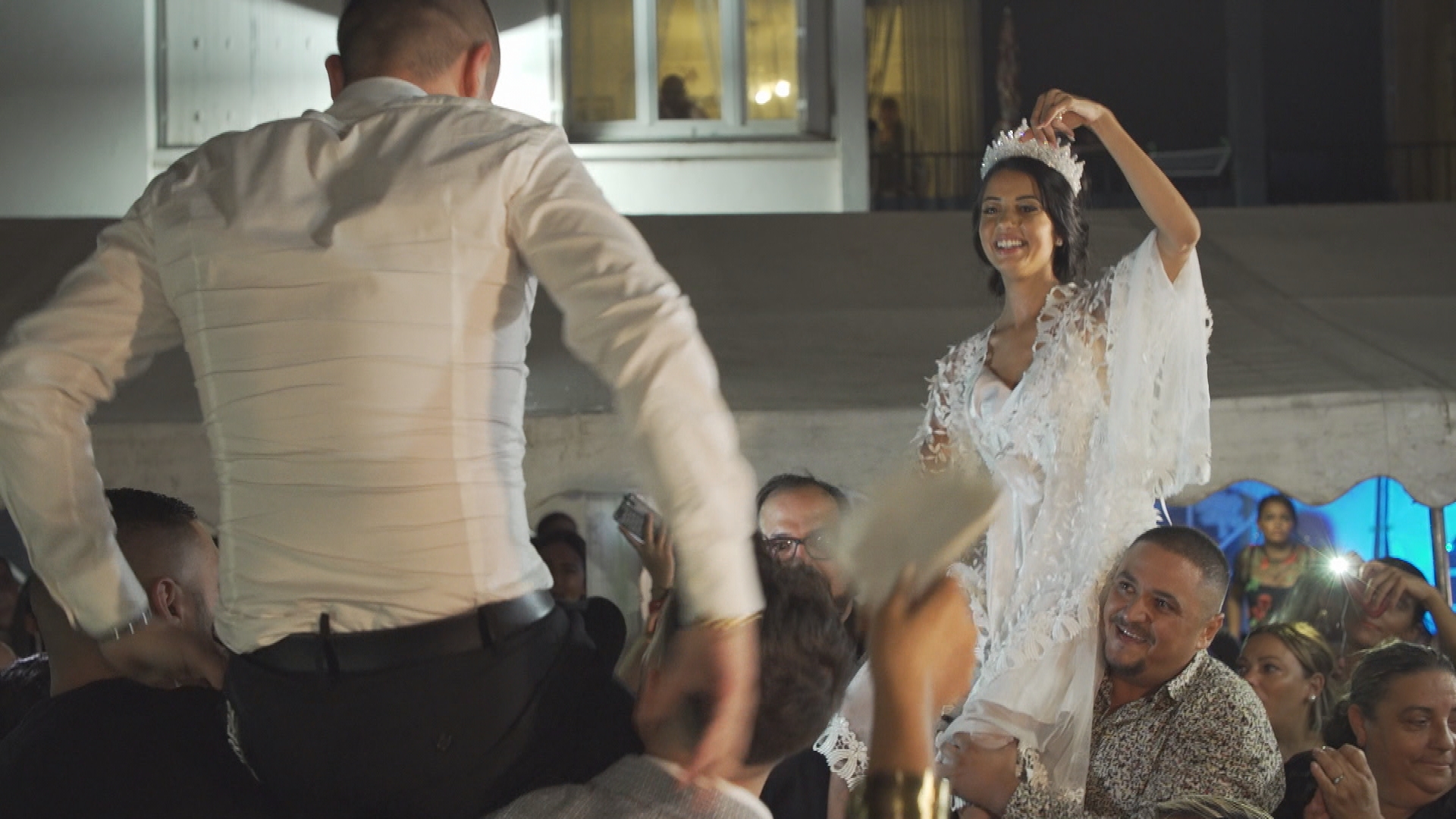 Gypsy weddings, regardless of their community and whether they are rich or not, all follow the same rule : extravagance, music and celebration. Among them, traditions are very important and marriage is sacred.

Episode 1 : Anaïs and Miguel and Maëva and Lévi, two couples belonging to the gypsy and traveller communities respectively, are about to have the wedding of their dreams, following different traditions. In one, the young woman has to prove her virginity, while in the other, the groom has to “kidnap” his future wife. But whether it is for these two unions or for a baby’s first birthday, lavish parties are always organised. A popular gypsy wedding dress designer tells of her work with the community in her workshop near Paris.

Episode 2 : Organza and Louni, a young engaged couple who belong to the family of a “Gypsy king”, and Pretty and Warren, an atypical couple in their community, are getting ready to get married in lavish and excessive ceremonies. Loucou, on the other hand, has decided to organise a real ceremony worthy of a princess to celebrate the 20th birthday of his daughter Laurencia, for whom nothing is too good. In Toulouse, they look back on the event and talk about the place of young girls in gypsy clans.

Episode 3 : In Avignon, Mathilde, divorced, has decided to remarry a non-Gypsy. Geoffrey, her fiancé, will do everything to be accepted. In Montpellier, Sinai and Mani, 16 and 17 years old, have chosen to get married without a gypsy music group. Finally, there will be a truly exceptional event with Dylan, a wedding planner who is a star among gypsies. For the first time, he will be organising a sumptuous party in a large manor house in Normandy ! A first in this community where men and women are not allowed to socialise outside of marriage.