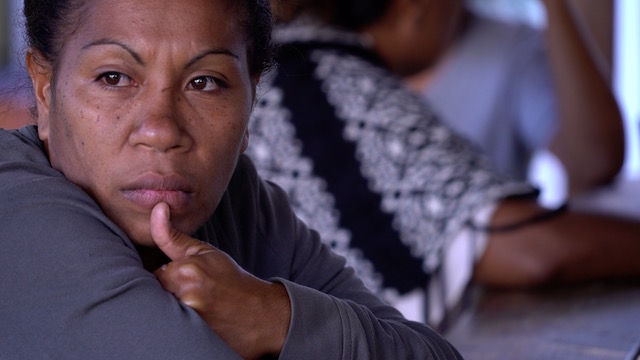 In Caledonia, one in five women is the victim of domestic violence by her spouse, almost 10 times more than in France. This conversation is becoming more and more public. We’ve never talked so much about domestic violence and how to fight it, and it is about time. Women now dare to enter in a police station and file a complaint, men are no longer going unpunished.

It is becoming urgent to make visible what is invisible, and that is the primary ambition of this documentary. Give voice to these “bombed” women, victims who have suffered and been silent for several generations. Meet them, in shelters and emergency reception structures, follow them in this new life they have to rebuild. Poignant, courageous and sensitive testimonies, so that others, tomorrow, have the courage to say NO.