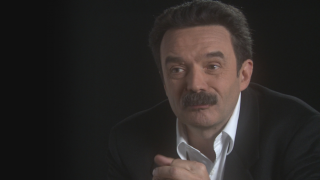 The Clearstream Affair will remain known as one of the darkest French affair. It is not, in fact, one more scandal mixing money and politics, it is first of all a conspiracy, an incredible manipulation, a cupboard of secrets whose justice sought, in vain, to open all the drawers during of a resounding trial from September 21 to October 23, 2009 at the Palais de Justice in Paris. The casting, it is true, was exceptional for this thriller which pitted Nicolas Sarkozy against Dominique de Villepin, the current President of the Republic and a former Prime Minister. Two men from the same political family engaged in a merciless struggle to politically kill the other.

This documentary retraces this affair where the madness of men sets fire to everything. Only unreason sheds light on the behavior of the actors in this unprecedented play performed on the stage of Justice. Salle des pas perdus, behind the scenes, public statements, closed-door interviews with the protagonists – the defendants but also the greatest tenors of the bar – this documentary film constructed like a fiction draws multiple threads from this dossier. It is not a question of taking the place of the judges but of carrying out an investigation of the trial itself by reviewing all the parts to restore clarity in a story that justice has, sometimes, made even more opaque. It was essential that this approach be without a priori or starting thesis. Only the facts mattered.