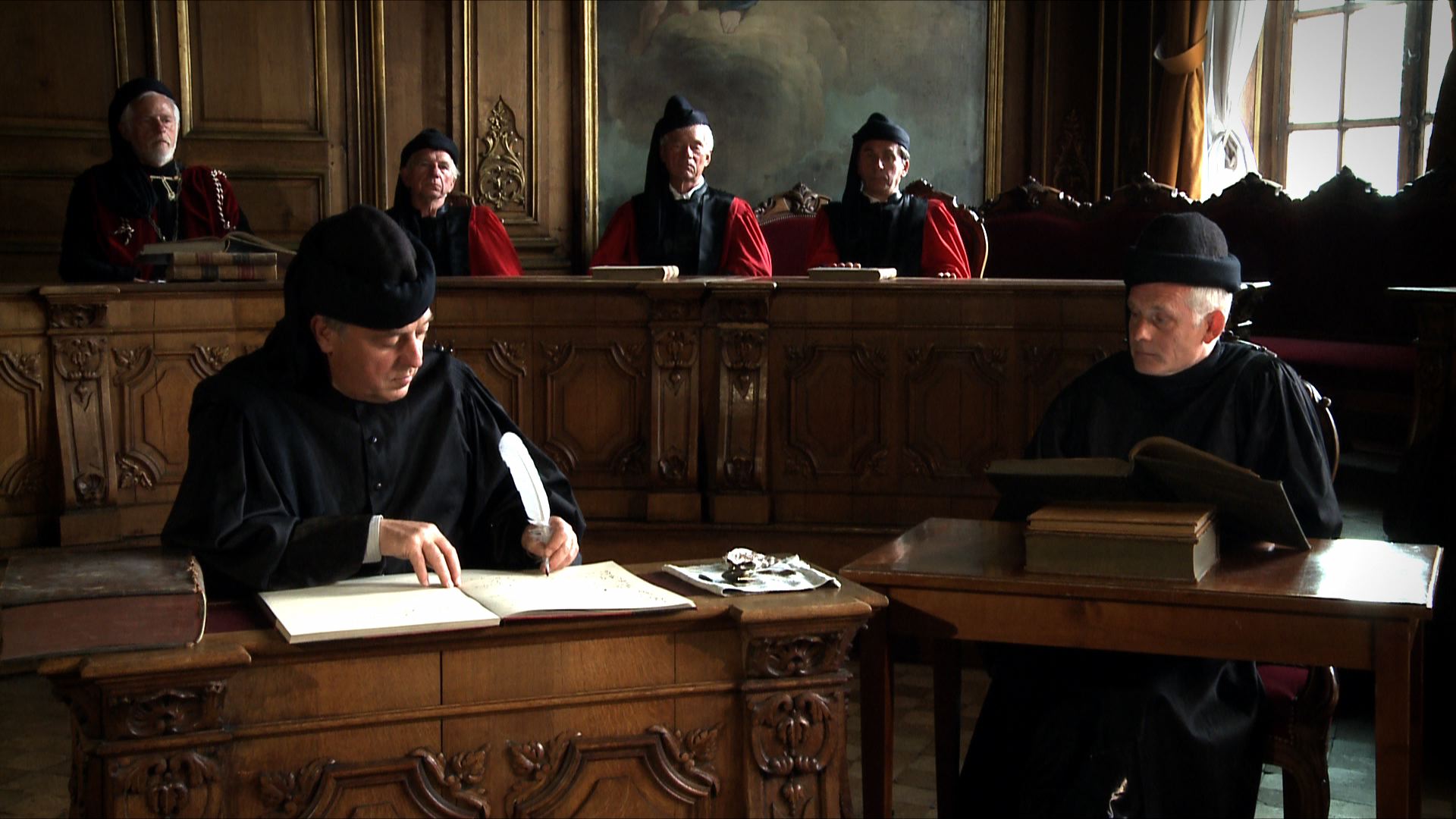 Using an infamous crime of the 15th century, today’s justice professionals put themselves in the shoes of their peers, great ancestors, thus immersing the spectator in the roots of criminal justice of medieval ages !

The case is an “ordinary crime” which occurred in the autumn of 1415 in Azincourt. Lord Jean d’Azincourt has died in battle, his widow Dame Catherine is approached in his castle by the knight Jehan Deleauwe. He will end up killing her in a very violent way, then he will dismember his victim whose remains are given to the pigs in order to make all traces of it disappear.

At several points in the film, extracts from a theatrical reconstruction of the ad hoc trial of astonishing realism, their research, giving substance to their characters and to the procedure of yesteryear.