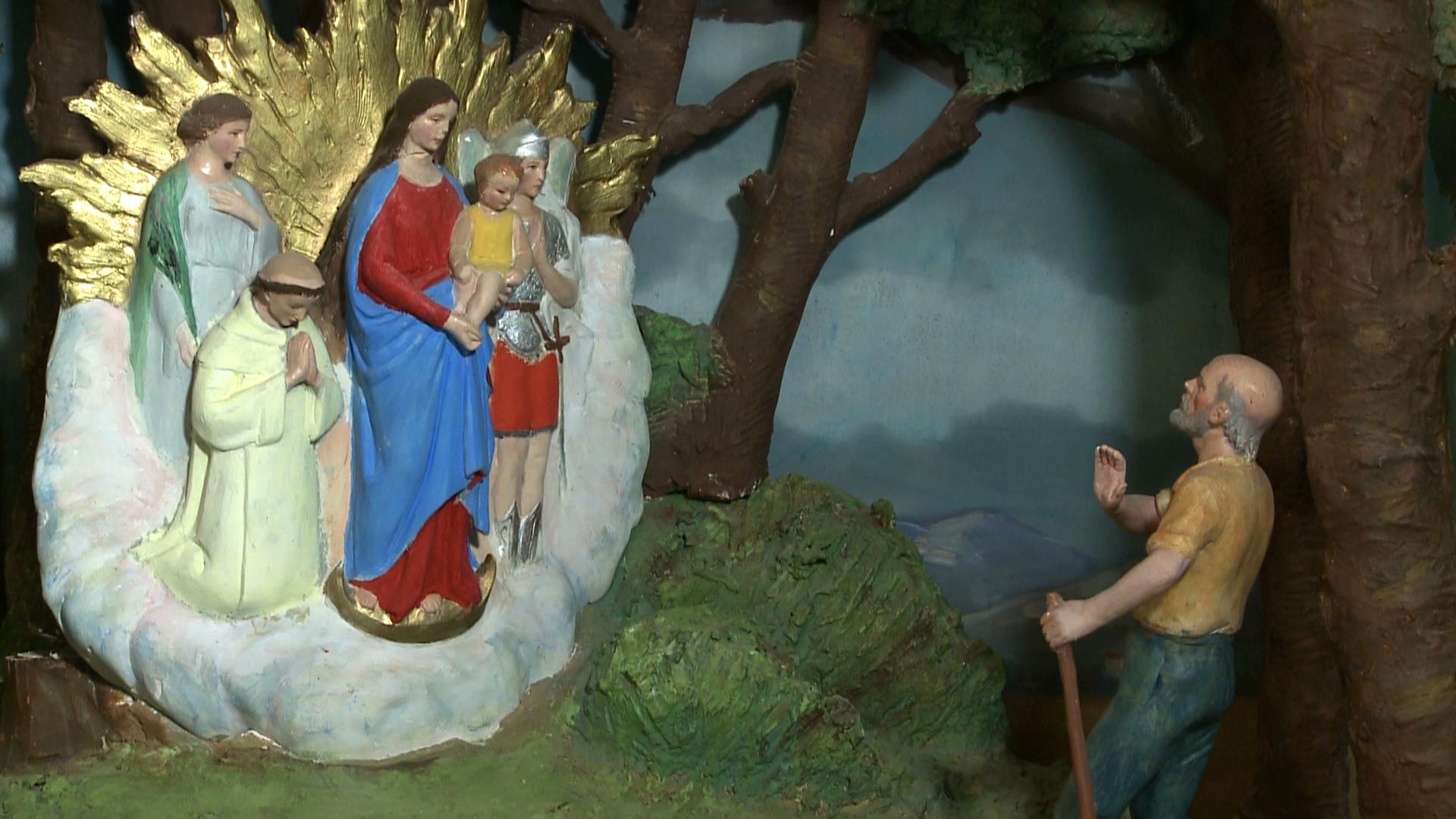 Cotignac, August 10, 1519. The Virgin Mary appears to the young woodcutter Jean de la Baume. She is surrounded by Saint Bernard of Clairvaux and the Archangel Saint Michael and holds the Child Jesus in her arms. “Go tell people to build me a church here, under the name of Our Lady of Graces” she said, “and that they come in procession to receive the gifts that I want to spread there”.

Cotignac, June 7, 1660. Saint Joseph in his turn appears to a young shepherd of 22 years, Gaspard Ricard. It is customary to say that it is the entire Holy Family that manifested itself in Cotignac. An exceptional grace in the history of the apparitions. This is why in Cotignac, there are two places of pilgrimage, one dedicated to the Virgin Mary, the other dedicated to Saint Joseph and the thousands of pilgrims who visit the site testify : « There, God speaks to our heart as long as we are willing to hear it ». This fascinating film retraces the great adventure of Cotignac, a magical place where, says Monsignor Rey, “the beauty of nature is combined with spiritual memory”.