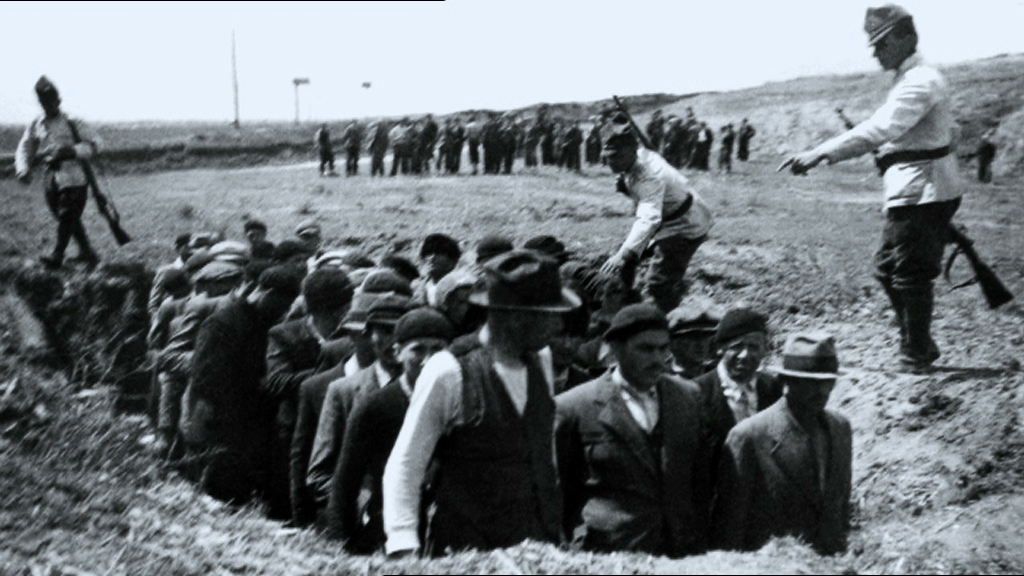 The armies of the Third Reich invaded the USSR on June 22, 1941. Mobile commandos, the Einsatzgruppen, were following their advance to Stalingrad with the mission of eliminating all Jews on the conquered territories. Between June 1941 and the end of 1943, they shot to death close to two million Jews—men, women and children—from the Baltic countries to the Black Sea. Michaël Prazan also director of “The Nanjing Massacre”, selected for the Chicago Documentary Film Festival showcases this first, unknown phase of the Shoah. We retrace, chronologically, the mechanisms that will drive the Nazis to conduct these meticulous mass murders—the foundations of the industrial extermination of European Jews in the death camps. This documentary reveals why this “Shoah by bullets”, the traumas of which were carefully erased by the commandos as they progressed on their march, remains to this day a forgotten episode in our history. Relying on archival footage filmed by the Nazi propaganda machine in the Baltic countries and in Belarus, Ukraine and Romania, on the memories of witnesses of these public executions, on the words of survivors and also, for the first time, on the confessions of the executioners that were found in Germany.

This remarkable and disturbing film will captivate your audience and show them a truth they will never forget.