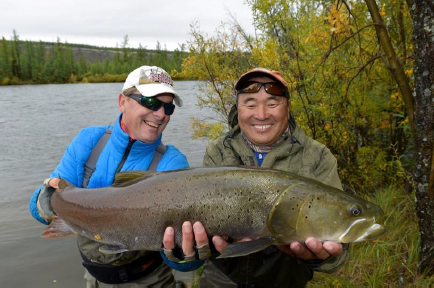 Fishing with the Tsaatan in Mongolia

Somewhere on the other side of the planet, lives an ancestral tribe, a small group of nomads isolated from the world and the progress of society. Their way of life is the opposite of what we know as Westerners, their country, their territory is one of the most beautiful and wildest that is still given to travel through for those ready to go that far. It is on the borders of Mongolia that the Tsaatan people live! As a director, I discovered Mongolia ten years ago. I followed in the footsteps of an exceptional fisherman, a fly fisherman called, Piam. With him, I had been able to explore incredible territories and rivers. Experiencing some of my best memories as a director and a fisherman … But despite all this, I could not help thinking, when I left ten years ago, that I hadn’t seen all of it and that my work was unfinished … Over the years my feelings and impressions have not changed: this country is so big, so beautiful, its rivers are so full of fish and its people so admirable, that it would take a lifetime of filmmaking to describe it and transcribe it … And that’s the purpose of this documentary. A fishing trip in Tsaatan territory, in search of the magnificent trout and the mythical Taimen. And especially to meet the incredible Tsaatan people, of which there are about 250 representatives!