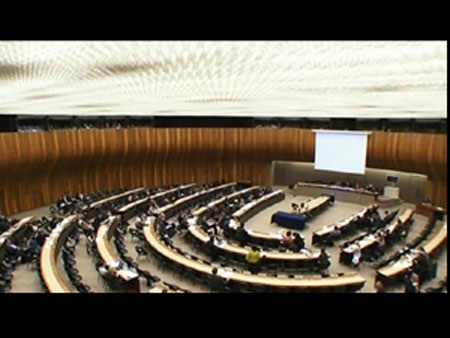 “We thought we were going to attend a United Nations meeting and we witnessed a racist hate fest instead”. For the first time, a documentary says what is going on in Geneva’s UN premises. It is explaining what became of the 1948 Universal Declaration on Human Rights. What we discover there seems very far from the miraculous consensus orchestrated by Eleanor Roosevelt 60 years ago. Nowadays, the Council hosts a direct confrontation between two visions of the world. Dictatorships and authoritarian states give lessons to the few democracies present in the Assembly. As Robert Badinter – the father of death penalty’s abolition in France – puts it: “the question of human rights once more became an ideological battlefield”.