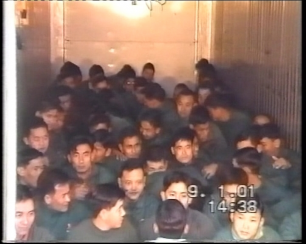 Every year, 10 billions of dollars allegedly end up in the hands of smugglers responsible for organizing illegal border-crossing. The countries where human trafficking generates the largest amounts of money are not those where law and order have broken down… Industrialized countries are actually the ones benefiting the most from such illegal activity – notably members of the European Union like the United Kingdom, Belgium, Spain, France or Germany… Each year, 400,000 individuals enter the Schengen Area illegally, often with the help of criminal organizations. Human rights’ organizations are concerned by an increasing number of underpaid workers being exploited on construction sites, in the clothing industry or in our restaurants’ back kitchens.

How does illegal border crossing happen in the Europe? What are the risks for immigrants setting out on such a perilous journey? Who are the traffickers? Who is exploiting them in the country of arrival? This film reveals the truth on these shady networks: traffic roads, cunning strategies and humongous profits… A crucial investigation in three countries of the European Union: France, Belgium and the United Kingdom.