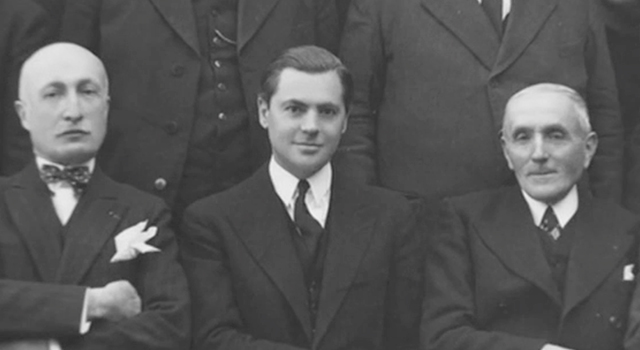 Like a strange singularity their destinies have been surprisingly connected since that time in the light and oblivion of history. Through major events: invasion of the free zone on November 11, 1942, arrest in Caluire in June 1943, the Cold War, entry into the Pantheon of the ashes of Jean Moulin in 1964 and the trial of Klaus Barbie in Lyon in 1987, this documentary puts in evidence these trajectories which did not cease crossing.

What if Klaus Barbie had finally contributed to the posterity of Jean Moulin ? The author has surrounded herself with historians and scholars of memory politics. The film therefore took root in 1942 … and continued until 2013.