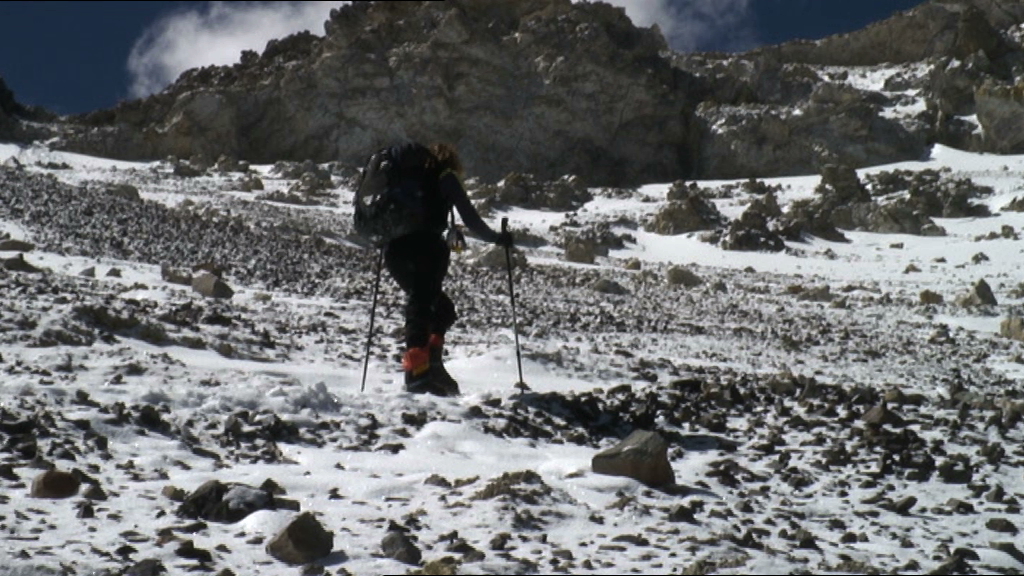 What drives Katia Lafaille, a young woman of thirty years old, mother of two children and widow of Jean Christophe Lafaille (a mountain climber who disappeared really close to the summit of Makalu- Himalaya) to get engaged in one of the most difficult walking treks in the world ?

The Mount Aconcagua, nicknamed “the giant of America” is located in Argentina, in the heart of the Andean range. Its highest peak rises at 6,900 metres Katia Lafaille’s trip is going to last no less than 13 days. In this documentary, physical and psychological feat are linked to stimulating encounters in breath taking mountain scenery.