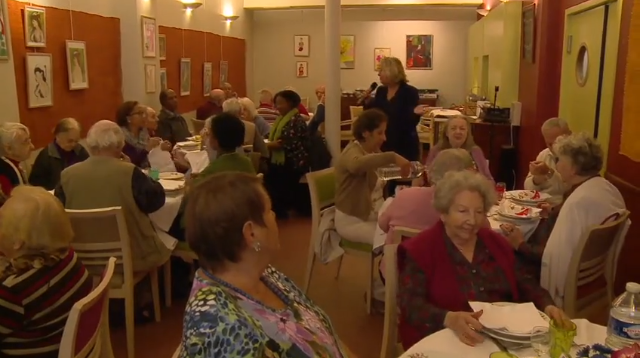 Little Brothers of the Poor

Using sequences shot on site, fascinating, entertaining and moving testimonies as well as numerous archival documents, this film retraces, while avoiding any miserability, the beautiful and rich history of the association “Les petits frères des Pauvres”, whose action has been carried out since 1946 around the fundamental values ​​of respect and fraternity among the elderly.

A shocking film, imbued with an overwhelming sensitivity, which testifies to the affectionate complicity which brings together on a daily basis, in France but also throughout the world, thousands of volunteers and those whom we modestly call our elders. A fantastic epic. A wonderful love story. Unforgettable encounters. A film that plunges us into the joyful universe of the “Little brothers of the Poor” from yesterday to today, who know that the world is not a spectacle to behold, but a work to be done. An exceptional document, nourished with hope and hope, a reflection of an intergenerational solidarity which is heartwarming.