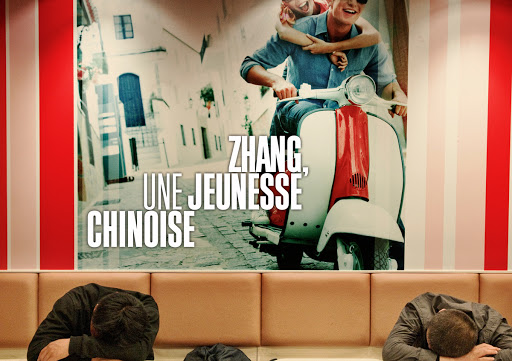 Beijing sent its businesses and adventurers to conquer Africa in order to relieve its thirst for oil and hunger of copper, uranium, wood, and raw materials of all kinds. On the Black Continent, the Chinese trample flower beds and western interests. In eight years, trade between China and Africa rose from $10 to $100 Billion USD. Beijing has thus taken the place of Paris as the second partner of the continent, behind the Americans. Business, politics, love … Follow the Chinese to conquer the Black Continent.

With China’s economic boom, concubines are back! At one time in China, wives and concubines were living under the same roof, for everyone to see. The practice was legally established. In 1949, it was banned by Mao Zedong who saw in it a remnant of “feudalism”. It resurfaced in its modern version in only the ‘90s with the economic opening and the growing number of suitcases from Taiwanese and Hong Kong people on business in mainland China. Today, the concubine has become a status symbol, exhibited at business parties.

Episode 3 – The Train of Desertification

China is gradually turning into a desert. Deserts occupy 18% of the Chinese territory: 78% are natural, 22% are the result of human activity. Almost all are found along the route of the K43-T69 train crossing China from west to east. It is via this “process of desertification” From Beijing to Kashgar in Xinjiang that we discover one of the largest global environmental disasters.

In Beijing, thousands of migrants arrive each day from the countryside. Share Zhang’s fate. Mingong: Min for peasant, gong for worker. That is what migrant workers are called in China. Since the ‘90s, the growing income inequality between urban and rural areas pushed millions of farmers into rural migration to find work and earn a living.