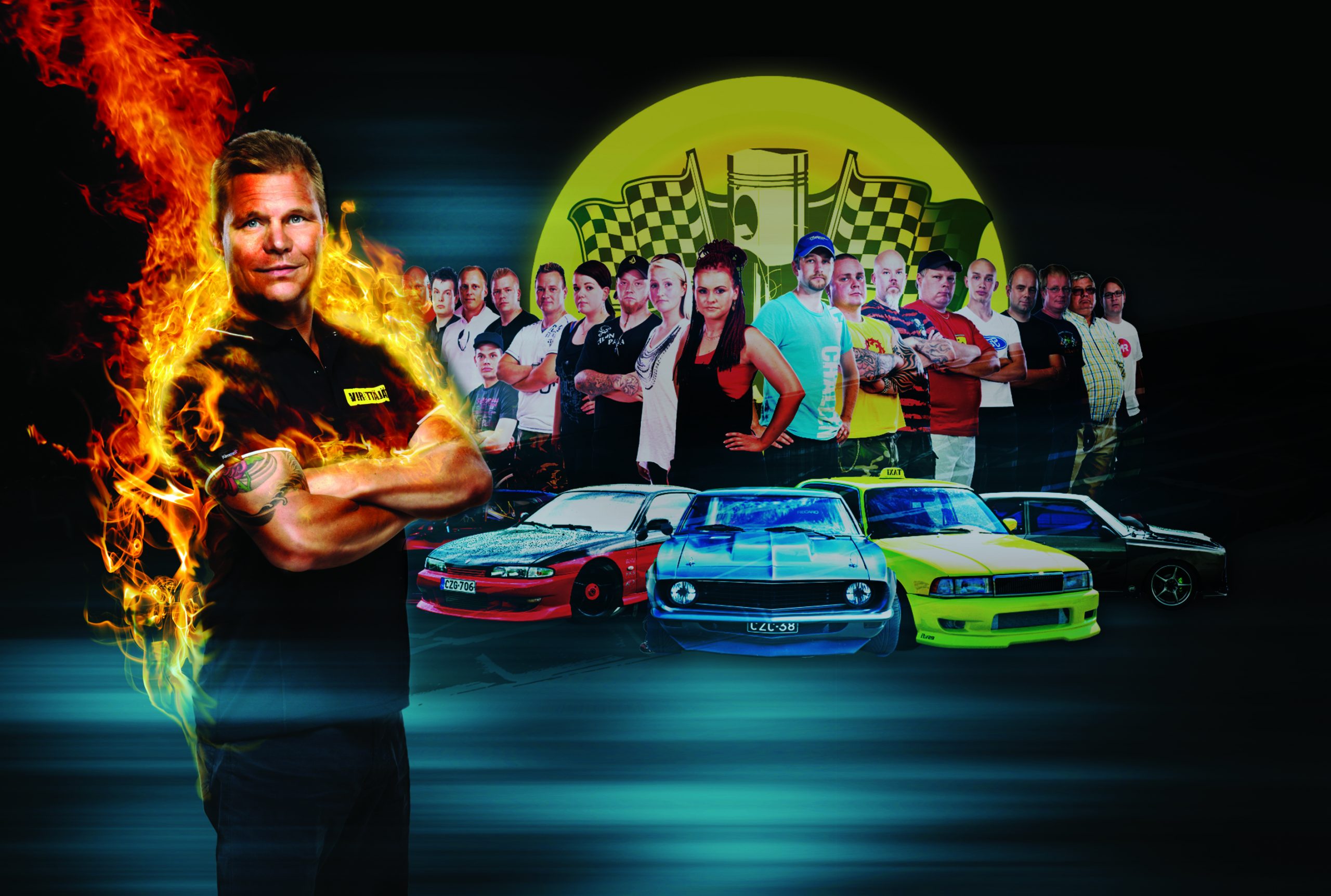 In the series “Test Drive”, car enthusiasts have an opportunity to fulfill a dream of their lifetime: Drive a lap on a motor track in a car of their own against a Formula 1 driver.

The program series visits car owners in their home garages to see how the cars have been built. On the day of the race, the owner is accompanied by a friend to give support and advice for the big event. The lap time and top speed are recorded during the race. There is plenty of speed and excitement in play when the car tuners are released to the track; many of them for the first time.

On the other hand, the Formula 1 star does not have it easy, either, because an unfamiliar car may involve some surprises.
At the end of each episode, the car is given points for drivability and appearance, and points are also given to the owner on the basis of driving skills and attitude.

At the end of the season, the test driver selects his favorite, the Tuner of the Year!