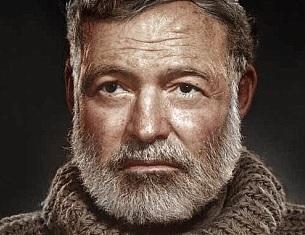 The True Nature of Hemingway

Ernest Hemingway is the first experimental writer who has known the universal recognition. The legend of Hemingway, as beautiful and famous as a movie star story, has never ceased to grow. Great warrior, fighter, lover and hunter, he is a kind of a romantic hero. Having suffered from two World Wars and the Spanish Civil War, he backpacked around the world, and along with all the adventures in his short stories and novels, he followed the bullfights in Spain, crossed the forests of Northern Michigan, chased lions in Africa and catched the big fish in the Caribbean. It is the trail of this genius experiencer and nature lover that we will pursue to live his adventures in the same areas that have marked his childhood, his life as a man and his literary work.