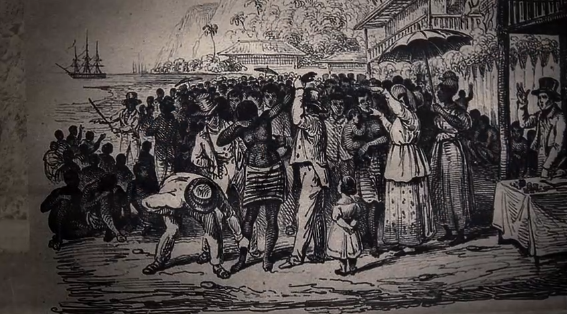 The Valleys of Slaves

The secret valley is lost in the middle of the steep heights of the center of Reunion Island. Discovered recently, it has been identified as an ancient maroon site used by escaping slaves during the time of slavery. This period of Reunionese history has long been taboo. It is only since archeological and scientific investigations have been lead that the information on this time period has risen. In this film, we follow the work of archaeologists and historians in deciphering the history of the marronnage in La Réunion. But this story does not end there.

Indeed, in Guyana, the Maroni valley was also a land that rescued slaves who fled from Dutch plantations. Protected by a dense tropical forest, the communities formed by these chestnuts have survived to the present day.