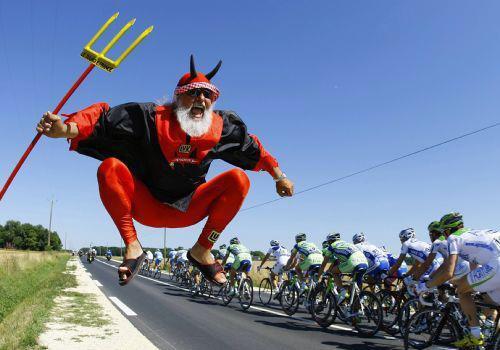 June 29, 2013 marks a special anniversary: the Tour de France celebrates its 100th birthday. On this occasion, the famous cycling competition starts from a region that it has never been invested before: Corsica. On the one hand, we have the caravan of the Tour with 200 runners, its colorful characters and its advertising procession. And on the other hand, there is Corsica, its cliffs and creeks, its immutable traditions and its people. An unprecedented encounter between two supposedly opposite worlds.

This documentary offers to explore the event the behind the scenes of the world-renowned competition, showing the confrontation between these two worlds. A new and amusing review of two cultures, guided by their interests and curiosity for each other.