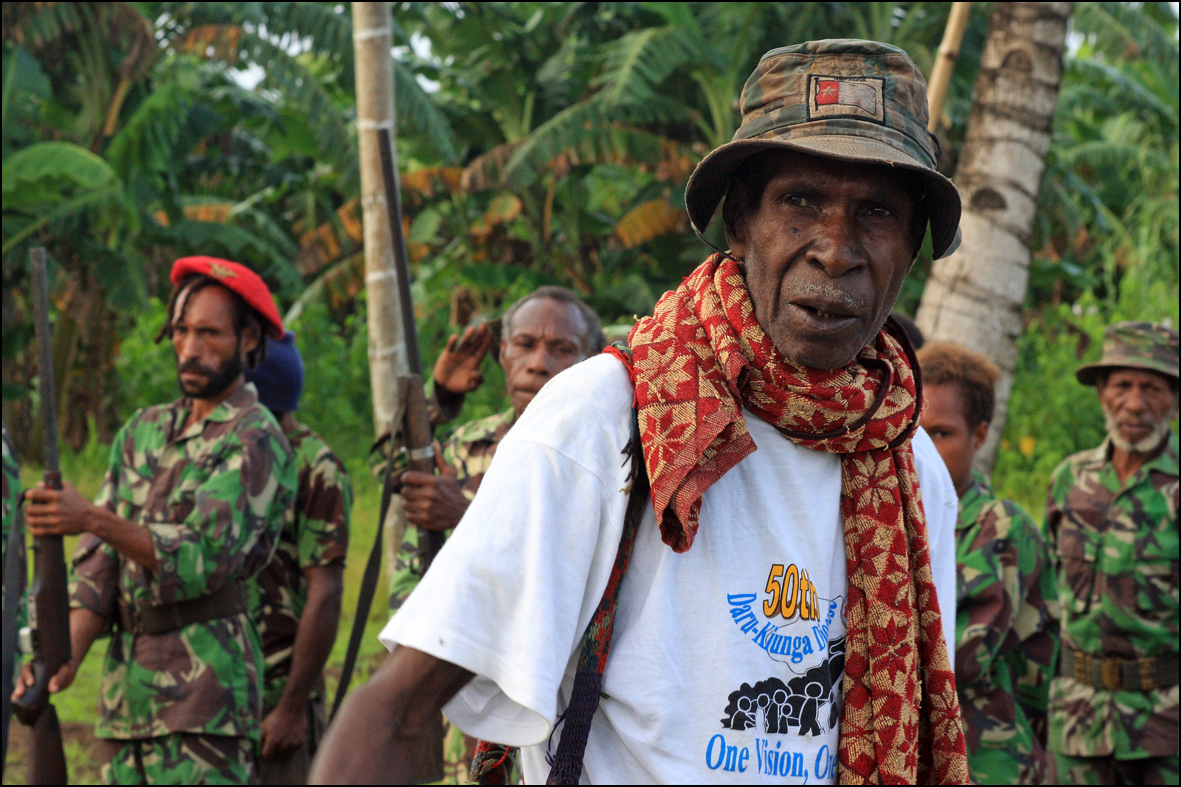 For 40 years the Indonesian government has had harsh colonial policy against the people of West Papua (formerly Irian Jaya), when the remote population of West Papua fight strongly to preserve their heritage and their cultural and political identity. In these circumstances of colonization, independents group have immerged. General Bernard Mawen, one of the military leaders of the OPM (West Papua Liberation Movement) is determited to fight for the independence of his land with the force of weapons, a former colony of the Netherlands, which became an Indonesian province in 1969.

In the 1980s, fighting between the Papuan rebels and the Indonesian army resulted in 12,000 people fleeing along the Flyriver, which serves as the border between Indonesia and Papua New Guinea. After several journeys in the country, the director, Damien FAURE returns to meet the fighters and the Papuan refugees.